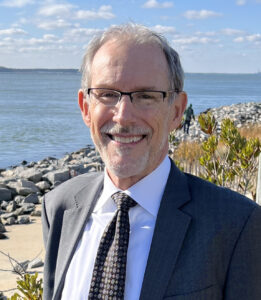 Christophe Tulou is Executive Director at the Center for the Inland Bays. Prior to joining the Center, Christophe served as Senior Counsel for the U.S. Senate Environment and Public Works Committee Democratic staff. He previously served as senior advisor on the Chesapeake Bay to EPA Administrator, Gina McCarthy. He brings a diversity of executive and legislative experience at all levels of government, having served for ten years in various capacities in the U.S. House of Representatives, as cabinet secretary of the Delaware Department of Natural Resources and Environmental Control (DNREC) under then-Governor Tom Carper, and as director of the District Department of the Environment in Washington, DC.

Christophe worked as executive director of the Pew Oceans Commission and directed the Resilient Coasts Initiative for the H. John Heinz III Center. He also served as acting director of the Interstate Technology and 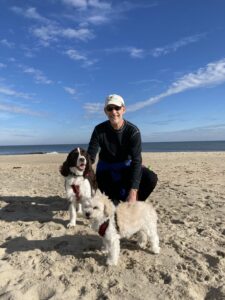 Regulatory Council, operating under the umbrella of the Environmental Council of the States (ECOS).

He was born in Geneva, Switzerland, earned his B.S. in biology at the College of William and Mary, two masters in Zoology and Marine Affairs from the University of Rhode Island, and a law degree from Georgetown University.

Christophe, his wife, Debi, and two dogs live in the Inland Bays watershed at the north end of Rehoboth Bay.