MENUMENU
« Back to All Blog Posts

Making Waves in the Inland Bays

It’s a coastal Delaware pastime to sit back, relax, and watch the waters of the ocean and bays as they rise and fall. Our Inland Bays are tidal, after all! But how many of us really know what causes this ebb and flow?

The tide, defined as the vertical rise and fall of the water, is created by a combination of incredible forces: the celestial dance of the earth, the sun, and the moon. Here’s how it works:

As the earth rotates on its 24-hour cycle, the sun’s gravity pulls on the waters on the side of the earth nearest the sun, causing the water to rise in that area. At the same time, it allows the oceans to bulge away from the sun on the opposite side of the earth.

On the sides of the earth that are perpendicular to the sun, the waters lower. This bulge of water on either side of the planet spins around such that any one point experiences two high tides and two low tides a day.

The moon also exerts gravitational forces on the spinning earth. In fact, the moon’s influence on tides is over twice that of the sun (although much smaller than the sun, the moon it is much closer to the earth).

The combination of the solar and lunar forces creates variation in the range of the tides (the elevation difference between high and low tides). This causes spring and neap tides (see the GIF to the right). 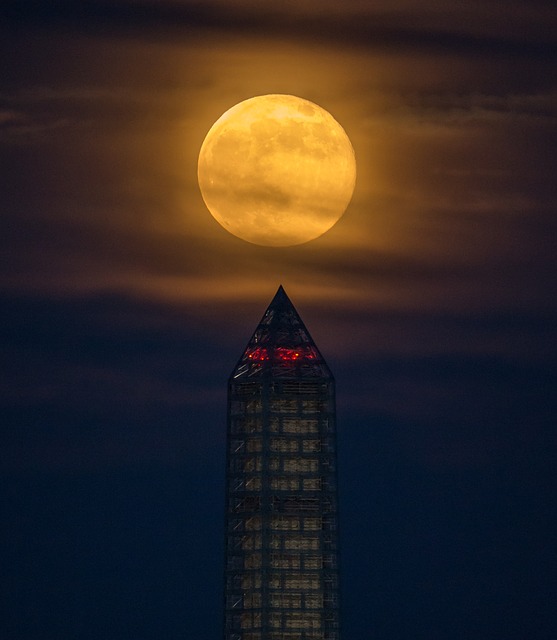 Neap tides have the lowest tidal range due to opposing gravitational forces that result from the moon and sun forming right angles with the earth during the moon’s first and third quarter.

Another influence on the tide is the varying distance, and thus gravitational influence, of the sun and moon to the earth. This happens because their elliptical (egg shaped) orbits.
The day of the year when the earth is furthest from the sun happens to be my birthday, July 7th (please send presents). The moon is closest to the earth once a month, its “perigee,” when it appears noticeably larger in the sky. (By the way, a perigree “supermoon” will occur next on November 14th: The largest appearance of the moon in the past 70 years!!)

If you’ve spent many a long day on the water, you may have noticed that of the two successive high tides or low tides, one is higher than the other. This is not your imagination, it’s caused by the tilt of the earth. Of course we can also thank this tilt for the seasons (since we don’t live on the equator).

All of these factors can combine or counteract to produce very high tides, very low tides, or tides that are almost imperceptible. I’ve experienced the latter on the Breakwater Harbor in summer when very small tides, with little current, allowed for clear calm waters perfect for spear fishing. Very high tides, like when the moon’s perigee coincides with a spring tide, contributed to the devastation of the infamous Storm of ’62.

These forces are all modified by the wind and the depth of the coastal oceans and estuaries upon which they play out. In the Inland Bays, tides enter through the ocean inlets and are constricted and reduced through narrow passes, such as ‘The Ditch‘ connecting Assawoman Bay and Little Assawoman Bay. The travel of these tidal ‘waves’ up estuaries is the reason why high and low tides occur at different times. For example, high tide is a couple hours later on the Indian River at Oak Orchard than at the Indian River Inlet.

In the Inland Bays, wind contributes about a quarter of the total variation in tides on average. In other estuaries, like the Pamlico Sound in North Carolina, wind can be just as influential on tides as astronomical forces.

As we respond to the tides, so does the other life of the estuary. What creatures have you observed whose habits are organized around the daily weekly monthly tidal cycles caused by celestial bodies? For those that live near the coasts tides will only become more important as sea level rises. New technologies will use the power of tides for electrical generation as an alternative to burning fossil fuels which release greenhouse gasses that lead to sea level rise.

Living closely with nature and observing nature closely brings a special satisfaction and understanding that is often hard to put into words.  In the case of knowing the tides, it connects us not just to the earth but also to the larger universe. 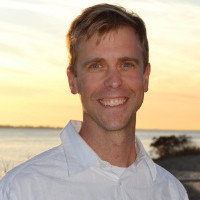 Chris Bason is the Executive Director for the Center for the Inland Bays.

With the Center, he has been responsible for assessing the health of the Bays and synthesizing environmental research to educate the public and decision makers. He also conducts and coordinates research and water quality improvement demonstration projects.

Chris has a life-long passion for the environment of Delaware, and enjoys spending time outdoors surfing, fishing, kayaking, and hiking.

View all posts by this author »
This entry was posted in Staff Blog and tagged inland bays, planets, supermoon, tides, waves. Bookmark the permalink.